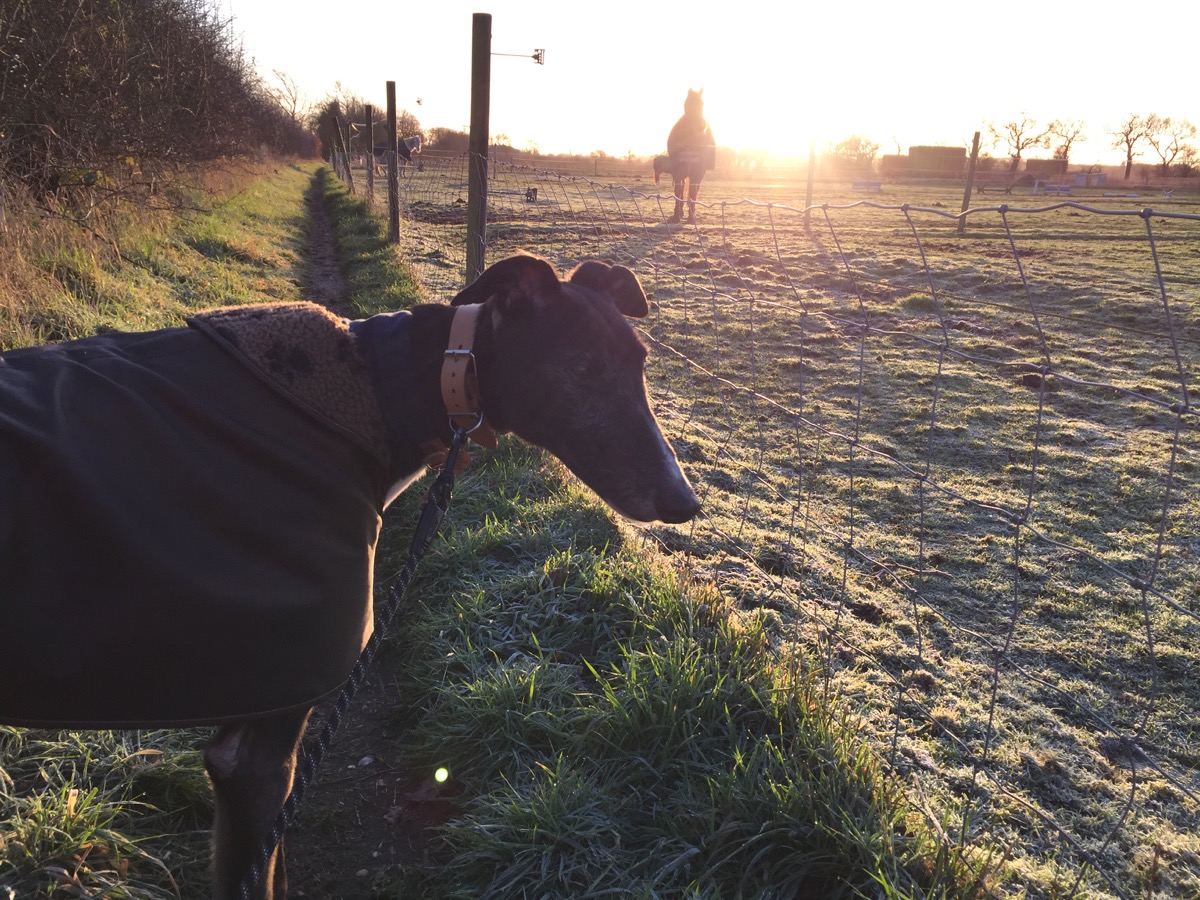 Happy new year everyone.  It was a cold one here in Lincolnshire today, but that did not stop me from wrapping up warm and going for a good walk across the fields and meeting up and saying hello to Mister Horse. 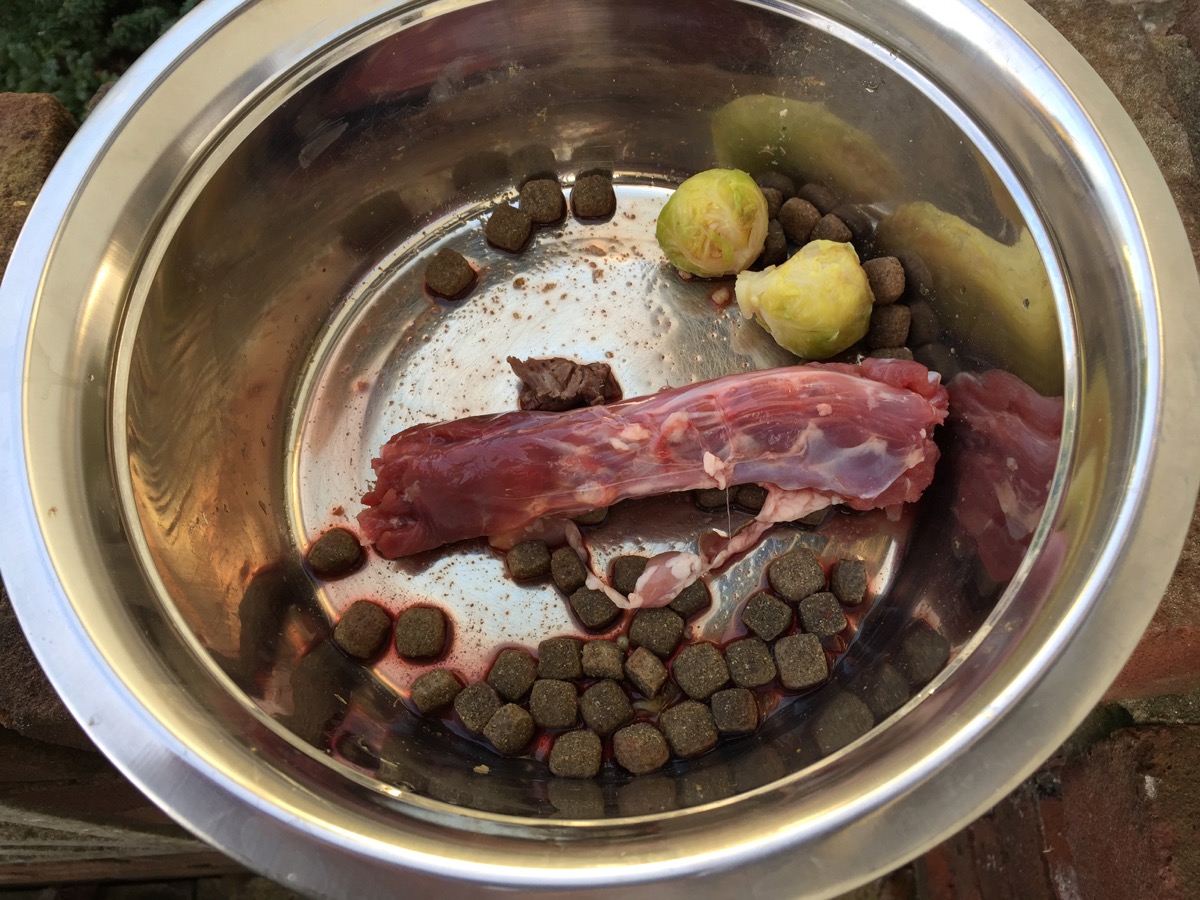 I got a special meal with it being Christmas, a little kibble, some things called brussel sprouts and a whole ducks neck. 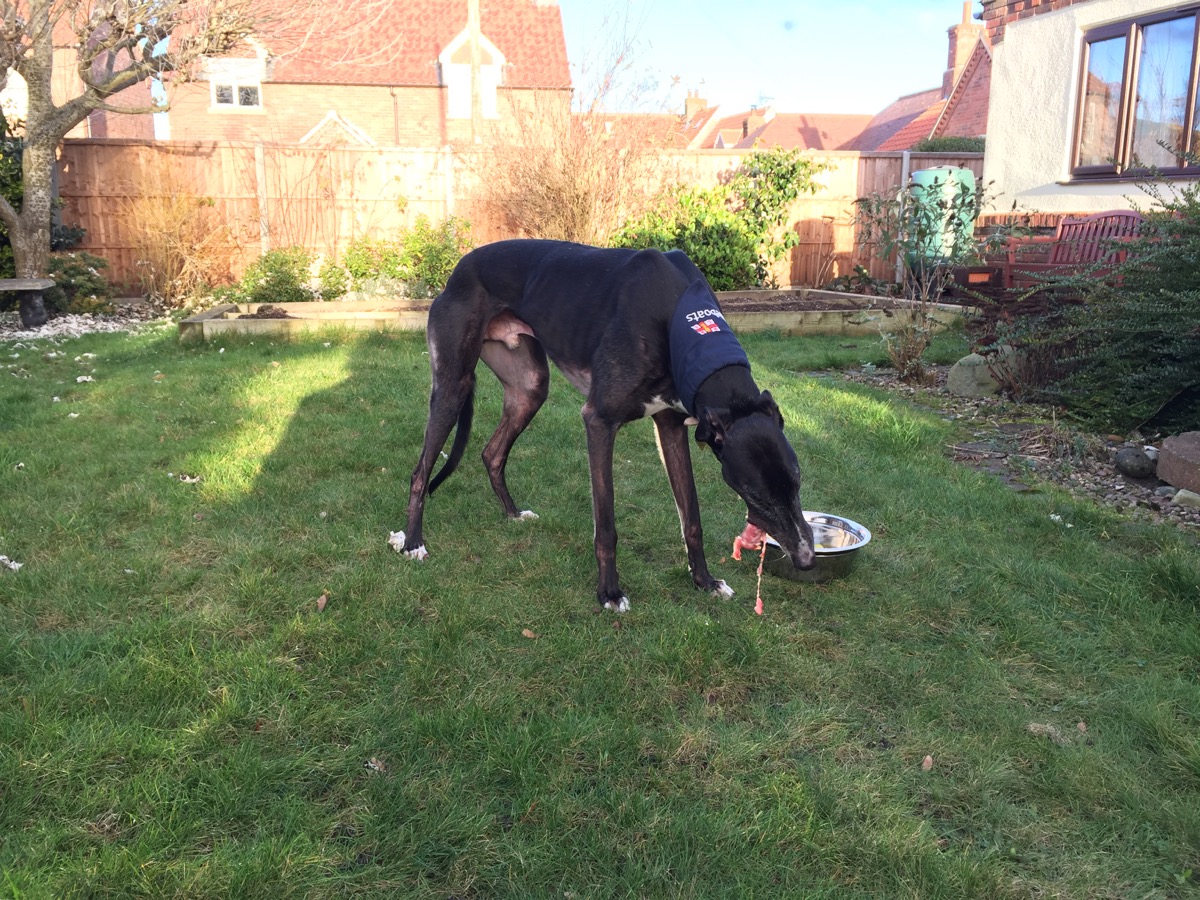 Present wise I got a new leather collar and lead for best days out, some treats and on Boxing day my foster cousin, Tilly the Chocolate Labrador came with her foster parents and brought me a box of treats and a new toy.

We also went for a long walk together with Ethan and Sofia, Caroline & Richard’s nephew and niece.  Once we reached the wild open fields of Lincolnshire, Tilly was let of the lead but Richard always keeps me on the lead as he thinks i’ll catch and eat the rabbits.  I would not eat all of them, it is Christmas 😉

Hope you all have a fun Christmas as I did. 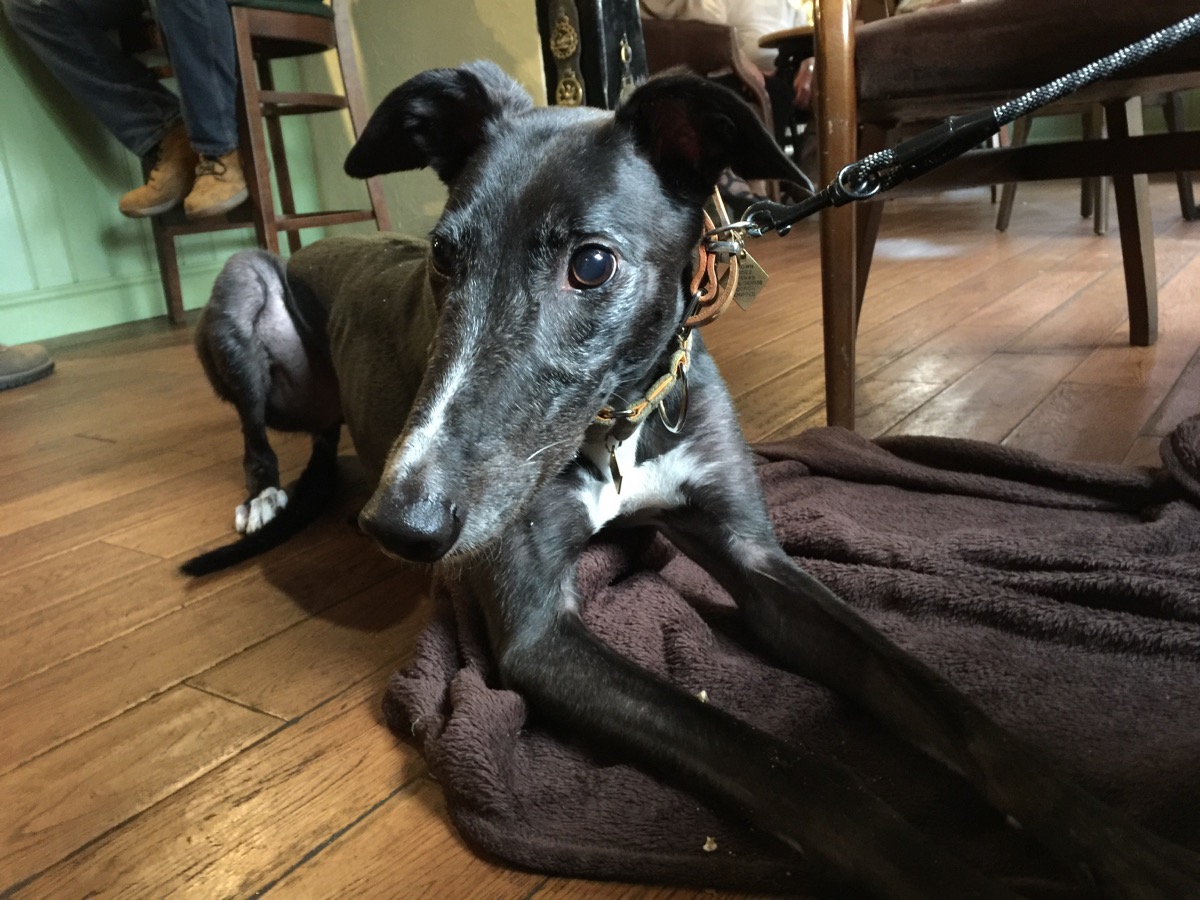 Today was very busy, after the usual dawn walk in my favourite fields, we headed out in the car to Lincoln.  This time we visited a garage, it seems my car needed two new front tires and as the garage is beside the common it seemed the ideal place for a long walk.  After that we headed into town to the pet shop where I had a nail trim, well it does take a little work to keep looking this good, then it was off to to the up hill area to collect Caroline who also was having a beauty treatment, she was not having her nails trimmed but her hair instead.

After that we all went home via the local butcher to order me a case of chicken and we also all had an ice cream, plain vanilla for me, mango and rum and rasen (double scoop) for Richard, and mint choc chip and mega chocolate (also a double scoop) for Caroline.

Then is was an afternoon of rest before heading to the local pub where I got lots of attention from the local children as is my right.

I have been on Holiday!

Not just me I should add, I took Caroline and Richard with me so that I could be chauffeured around.   It was a holiday to the Isle of Anglesey, but luckily no boat required, just a bridge.

Lots of walks and a rather nice hotel.  The best bit was they allowed humans to eat in the bar with us hounds and dogs.  One night we had six dogs and hounds together with their staff all eating together, very merry. 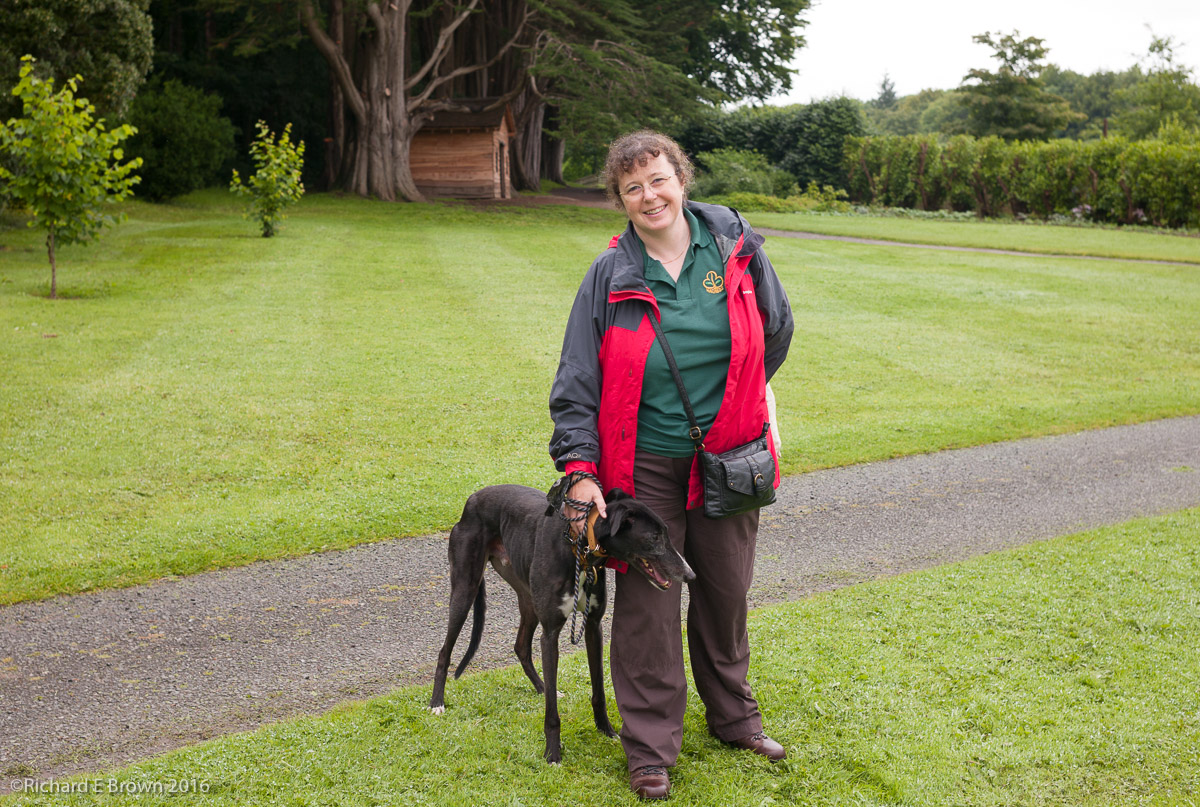 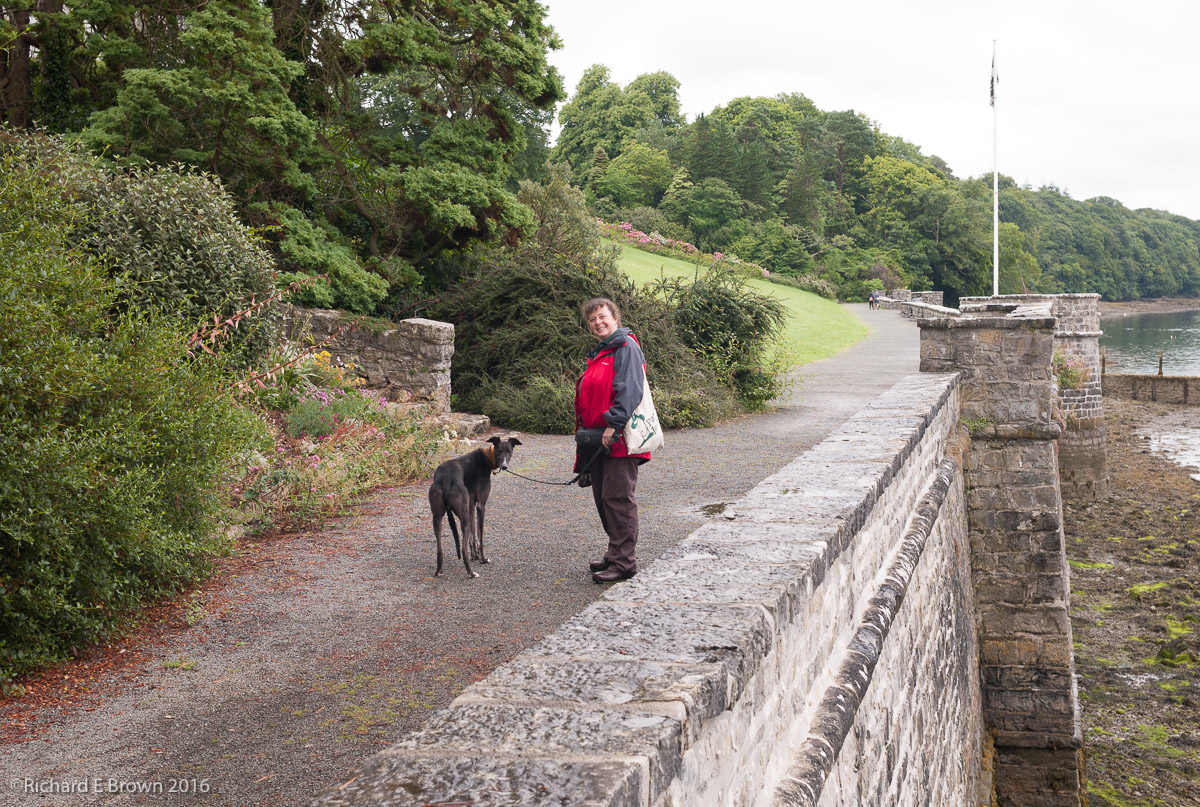 Its such a chore but an occasional visit to the beauty parlour is necessary if only to keep my shiny nails in trim, so this Friday morning it was a quick trip in the car to get them done.

After all this excitement and exercise it was time for a checkup at the local vet.

As usual I was given a clean bill of health but I am sure I need a little more sleep that I have been getting recently.  Too many long beach walks by far. 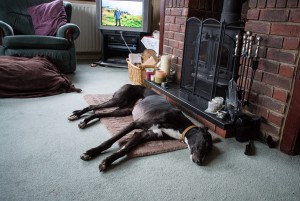 While I am sure will agree a most handsome hound, even I have to work at it occasionally.  As I had a holiday coming up I thought it was time to have a trip to the local beauty parlour and get my nails done.

I understand human females often get their nails done as well and I understand my human cousin Hannah has even had false nails put on at the human beauty parlour.

I did not need to go that far, I just needed a bit of a trim; while Richard and Caroline do their best sometimes you just need a professional to do the job properly.

Luckily there is one just a few miles away in the next village and then could fit me in straight away.

Richard was a little nervous about it at first so I had to distract him by making me feed me lots of gravy bones.  It was soon and my nails were looking lovely all ready for my holiday. 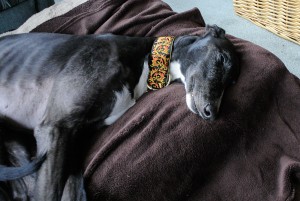 Today as well as the trip out another parcel arrived for me, this time another house collar.  I have not tried it on yet as I am still enjoying my current one, which is nice and bright, but I am sure once I do, I can persuade Richard to take a photograph of me with it on.

Had another trip out in the car today and we visited Grandad Turner, when we got there there was lots of people around including two very load little people.  It seems with humans the smaller you are the more noise you make.

Anyway they greeted me correctly and showed due deference with ear runs and then Richard and the two little people who it turns out are called Ethan and Sofia two me on a walk round the village and some fields.

It was a big circular walk and we ended back at Grandad Turners house where the humans ate lots of smelly food including sausages and bacon, but they did not let me have any.  Instead Ethan and Sofia’s mum Alison gave me extra cuddles and extra ear rubs which were nice but not as nice as those sausages looked.

After Richard had eaten (four sausages, I counted), he took me into the kitchen and fed me three sardines and some kibble.  I ate the sardines as they where yummy but left the kibble and went back to see if any of those sausages would leap off the plates into my tummy.

Despite my best attempts none did so in the end I had to settle with finishing my tea and eating the remainder of the kibble, which was not fair as all I could smell was sausage and bacon. 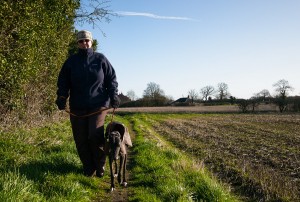 Its been a busy few days with lots of new smells around.  We had Grandmother Brown and Grandfather Turner visit so lots of new people to train on how to give ear rubs.

Then this Sunday we had a long walk in the countryside.  It was a very long walk and I had to keep stopping for Richard to take pictures of me.  Later that day they took me to the pub.  Lots and lots of new people complementing me and lots of ear rubs too. 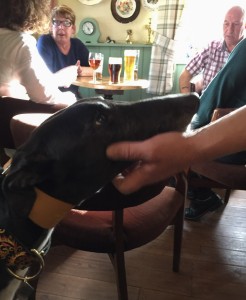